Some months ago i bought a pair of passive Tannoy Reveal monitor speakers and a Alesis RA-150 off eBay Kleinanzeigen (kinda craigslist but with less stupid advertisements), both several years old. I plugged everything in, turned it on and was disappointed because there were short cut outs, sometimes on the left, sometimes on the right. After some research I found out, that most of the RA-150 sooner or later get this problem and it's because of a crappy relay from the company Dong Woo (titled Dog Poo in one comment :D ). So I ordered a new one (decided to take a Omron g2r-2a 12vdc bc it was cheap) and switched it. It took me some time but that was definetly worth it. Now the system is running without any problem. If you have the same problem, here's a detailed guide: 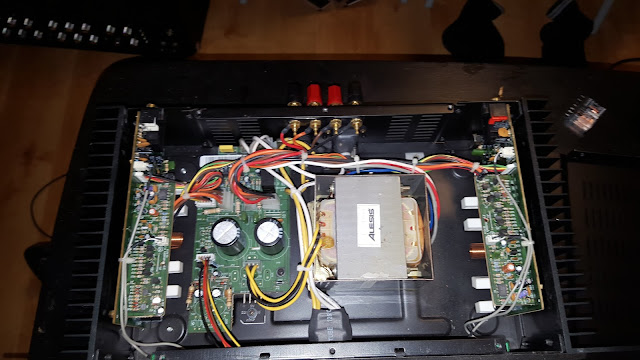 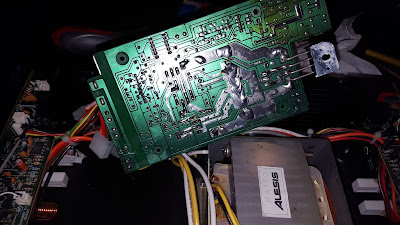 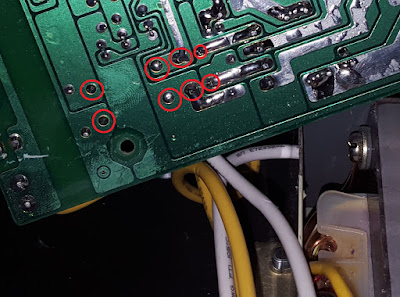 Maybe I can help someone with this step-by-step tutorial.
By the way, the amp and the monitor speakers are pretty decent for the price I paid ;)
See you next time. Rock on!
Posted by Rene at 17:43 No comments:

Hi! I'm setting up this new blog to spread cool tips and tweaks related to audio engineering and guitar stuff and to show you some examples from my work as a "professional amateur". I will only post something if I feel I have something important to say, so sometimes it will be more, sometimes less. Feedback is always appreciated. That's all for the moment. So long and thanks for all the fish!
Posted by Rene at 12:11 No comments: